“We knew that we could not have accomplished this on our own. Access to SGCI's expertise was critical to the development of the LROSE gateway.”
Brenda Javornik
Software EngineerNational Center for Atmospheric Research (NCAR)

For six years, the Lidar Radar Open Software Environment (LROSE) project has been providing atmospheric researchers using lidars, radars, and profilers access to high-quality, open-source software. Initially, researchers had to install LROSE onto their individual machines, which posed several issues since users are not necessarily software experts. Wanting to benefit the community by providing a user-friendly gateway but lacking the expertise to do so on their own, the LROSE team sought support from SGCI.

SGCI consultants quickly built and launched a gateway that met the LROSE team’s goals. In its current state, it is operational, with a full-launch expected mid-summer of 2021. “We knew that we could not have accomplished this on our own,” said Brenda Javornik, Software Engineer at the National Center for Atmospheric Research (NCAR). “Access to SGCI’s expertise was critical to the development of the LROSE gateway.”

The engagement with SGCI went smoothly and as planned, but there was an additional and unexpected perk that also contributed to the LROSE team’s success: the opportunity to work with an intern. For two semesters, Hector Santiago, a computer science student and aspiring software engineer at Winston-Salem State University, joined the team and helped move the project forward. As an intern, Santiago was productive and was able to make real and significant contributions to the project. Santiago collaborated with Javornik to learn about working with gateways and created a custom output viewer to display specific radar data images. Later, he worked on a custom Django app on the front end of the application. He successfully created a navigation bar that helps users track themselves through the process of estimating rainfall, as well as creating icons that access log and help information at each step of the rainfall estimation process. 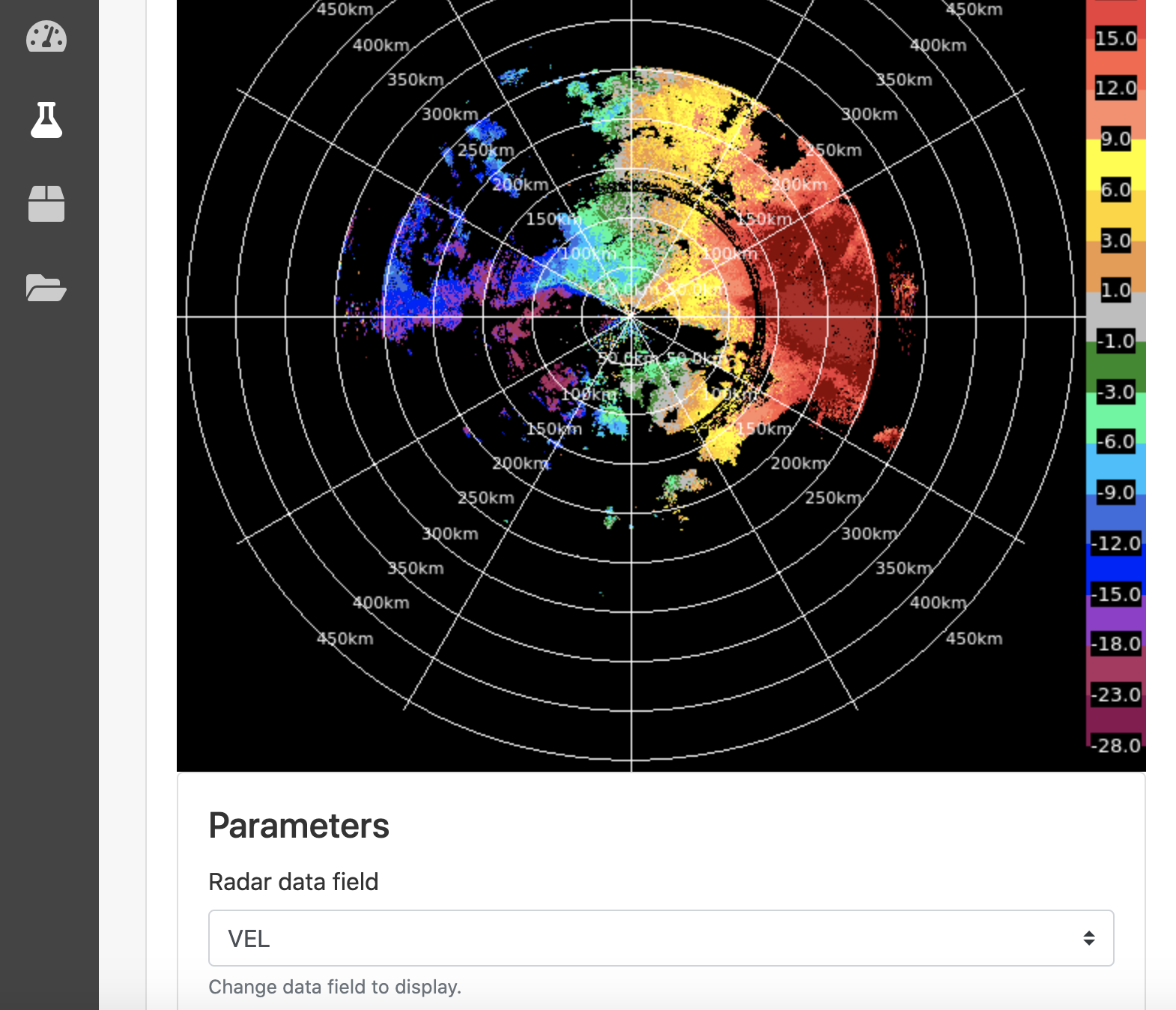 Figure 1. A screenshot of the custom output viewer created by Santiago during his internship, which provides a way to flip through images of the radar data fields. Often, researchers look through images of one field such as velocity to see how it changes over time. The other way researchers flip through data is to view several radar fields (velocity, reflectivity, differential phase) at a fixed time. The custom output viewer shows an image of velocity at an instance in time.  A researcher can select from the available fields from the drop-down menu.

Santiago was matched with the LROSE project after participating in SGCI’s 2020 Coding Institute. He was eager to put his newly acquired skills to use, and this internship offered the perfect opportunity. “The Coding Institute gave me the experience, knowledge, skills, and confidence needed to push myself forward and continue to learn to do bigger and better things. I was motivated and went into the internship with an open mind, valuing the experience and knowledge I’d gain. By working on LROSE, I was able to apply the things I’d learned during the Coding Institute. I was so happy to get to work with Brenda, who has been a great mentor and teammate, and all the others at SGCI,” said Santiago.

Hosting an intern isn’t always easy. Add in a global pandemic and remote collaboration, and there are plenty more challenges to overcome. Javornik and Santiago found ways to share code, tutorials, and other technical pieces, but they also took the time to talk through what Santiago would be interested in and focused on matching his interests to the work. They both believe that this contributed to the success and productivity of Santiago’s internship. About the experience, Javornik said, “I would recommend that internship hosts package things for students in small portions so they aren’t overwhelmed. We set achievable goals for Hector, and were able to accomplish big things.”

Javornik and Santiago have collaborated on a paper, “The LROSE Science Gateway: One-Stop Shop for Weather Data, Analysis, and Expert Advice,” and will present it at PEARC21 in July. 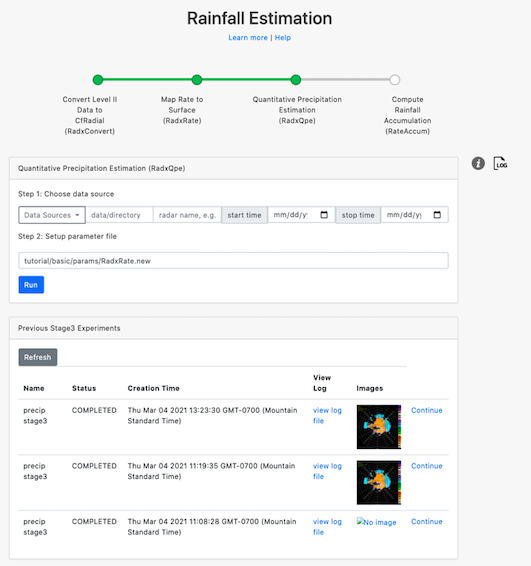 Figure 2. A screenshot of the Rainfall Estimation workflow created by Santiago during his internship. The green dot navigation bar indicates the third stage of the workflow. The lower half of the screen contains results from previous experiments, along with status, creation time, a sample image of the data, and other log information. The Continue link automatically advances to the next stage of the workflow and brings along any accompanying data.