I had the privilege of speaking at the 3D Virtual Cell conference at UCSD on December 13-14, 2012. With 41 speakers from all over the world, this was a very dynamic event. Led by Phil Bourne (who is also UCSD's new Associate Vice Chancellor for Innovation and Industrial Alliances and the developer of the RCSB Protein Data Bank), the goal of the conference was to look at what the community "can do collectively to move a complex field of multi-scale cell biology forward at an accelerated pace."

The lightning talk format on the second day of the conference allowed many ideas to be shared quickly. This was when I presented. We were advised that presentations as interesting as TED talks was the goal. The conference included "graphic facilitators" who would sketch during each talk. To the right is a sketch from my talk, and below is a sketch from the panel that followed. I was fortunate to have just the medium for the lightning talk format--a 6-minute video that Katherine Lawrence and I put together as part of a grant studying the characteristics of successful science gateways.

Even more fortunate, two of our focus group attendees from this study--Tim Clark, from Mass General and Harvard Medical School, and Anita DeWaard, Disruptive Technologies Director at Elsevier--were in the audience for my talk. They were excited to see that our work led to the award of a conceptualization grant for the Science Gateways Institute. Tim gave a particularly compelling talk about the lack of reproducibility of scientific results, citing a recent study where only 11% of results presented in a set of papers could be reproduced. I believe gateways can help significantly with this. They can retain information about what a researcher did when logged into the gateway, what jobs were run, what version of MPI did those jobs use, what version of the computer's system was running at the time. Gateway developers can program all the needed details into the gateway itself with no input required from the scientist. While I wasn't able to stay for Anita's talk, I did get to catch her at a break to hear about her new position as VP of Research Data Collaborations beginning in January. This project will store data (with accessibility, with metadata), connect datasets (similar experiments), and keep data (long-term preservation, fulfill NSF Data Management Plan requirements). There may be some nice tie-ins from the Science Gateway Institute to Anita's new program (which also can address the reproducibility problem). 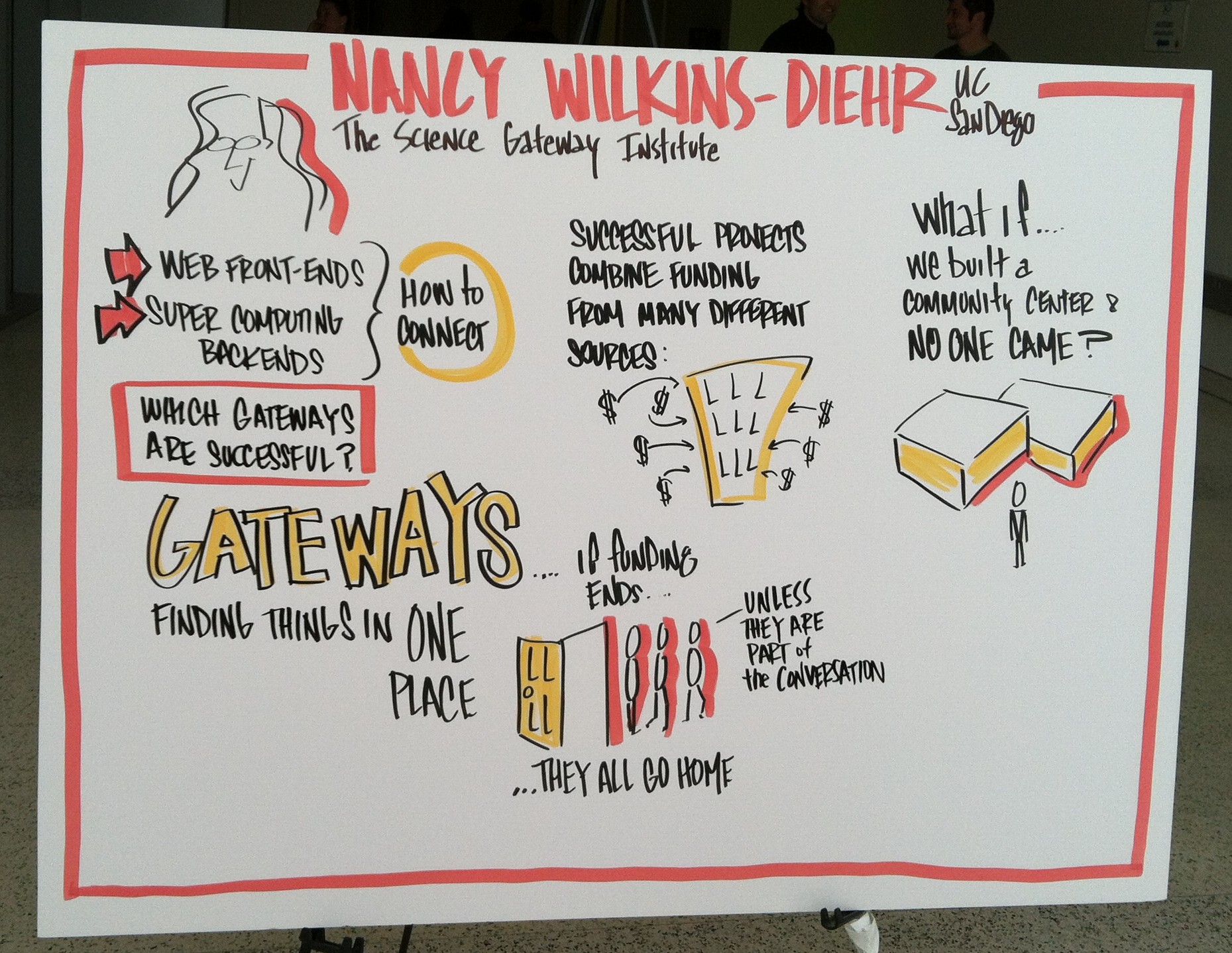 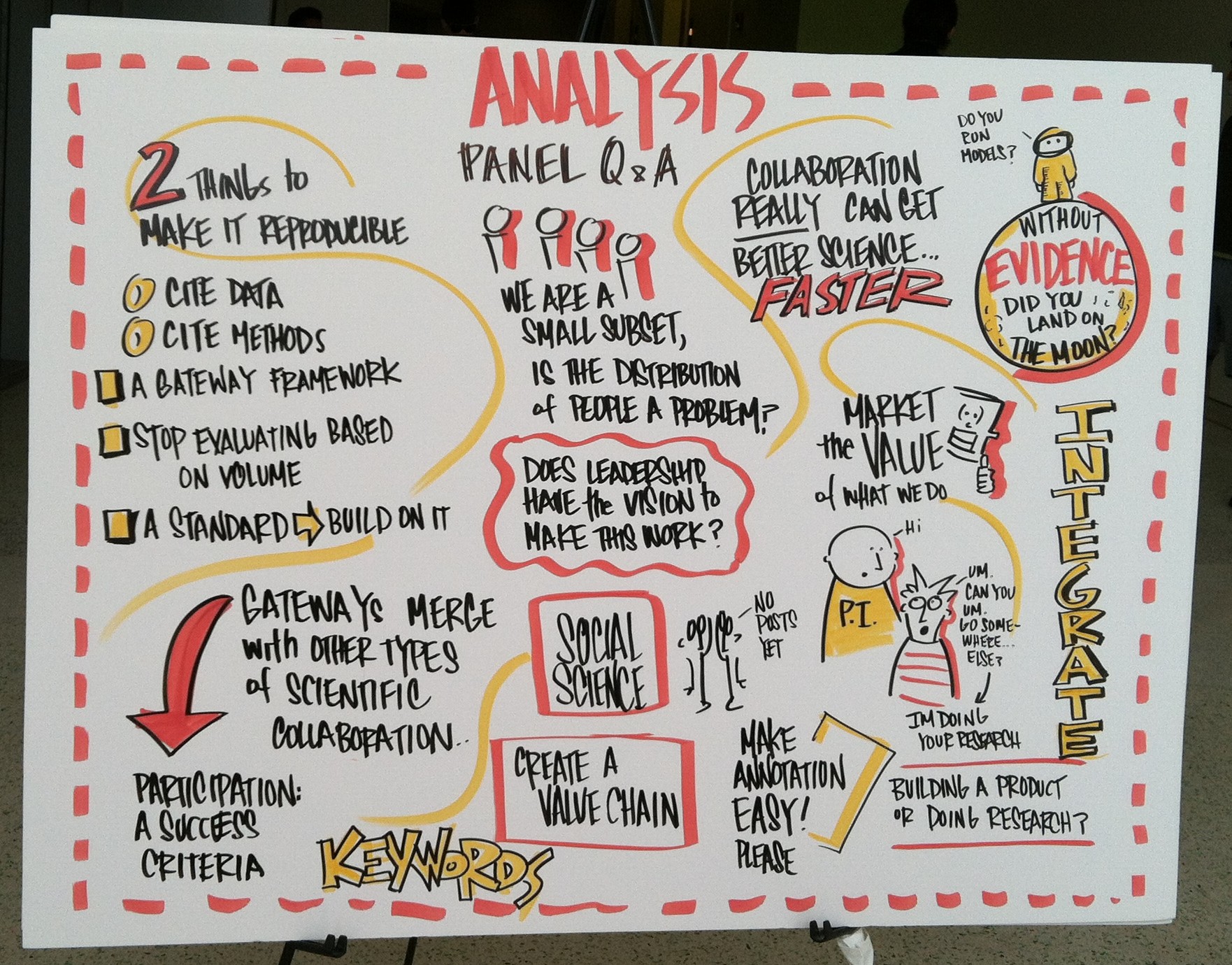