In September of 2016, a crowd of research data enthusiasts convened in Denver, CO for the Research Data Alliance (RDA) Eighth Plenary Meeting. One of my SGCI colleagues, Sandra Gesing, was scheduled to attend but due to other commitments could not, so I had the opportunity to familiarize myself with this community. Having previously commuted to Denver every second or third week for about 2 years, I was familiar with the travel and location, but still happy to return.

One never knows what to expect when attending a new type of meeting. While, typically, many of the special interest groups I attend are on the order of 50 to 200 attendees, this was attended by more than 800. Although my role in this meeting was to represent SGCI and to serve as a general practitioner of science gateways in an Interest Group session entitled “Virtual Research Environments,” I immediately began to wonder how this community formed and got so large. A meeting of this size reflects clearly that those who attend gain great value from it. 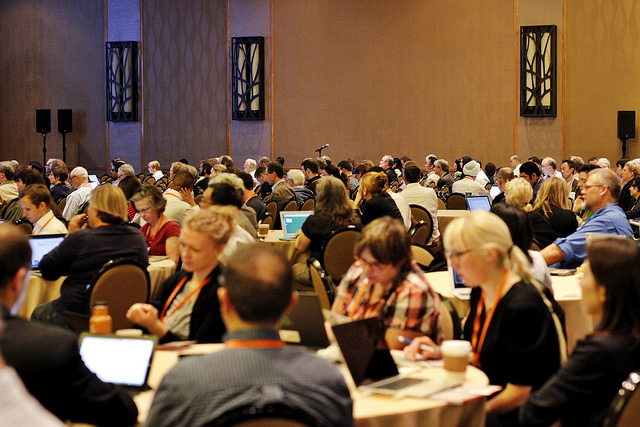 Photo from the RDA Eight Plenary Meeting in September 2016

What I discovered as the main session concluded and the special interest sessions began was the model of governance for what the RDA does and how it evolves. I was very pleased to hear that none of the goals of the RDA included the mandate or specification of any overall formats or means of representing or exchanging data. This is something which, in many other cases, I’ve seen as the fastest way to halt all progress where nobody feels empowered to do anything until the elusive overall standard is created. Instead, this group welcomes variety and encourages a continuously evolving way of solving problems through its group system, consisting of Interest Groups (IGs), Working Groups (WGs), and Birds of a Feather sessions (BoFs). IGs require approval by the RDA to ensure their solution neutrality and ability to bring together a wide community of researchers. Once formed, IGs do not have a specific deliverable and have an indefinite lifetime during which their function is to spin off more focused efforts in the form of WGs. WGs do have a focused deliverable, and have a finite lifetime of 12-18 months. BoFs are meant to exist only for the span of the plenary and are the basis for suggesting IGs or WGs. Whether the deliverable of one WG is interoperable with that of another WG is not a requirement, being secondary in importance in comparison to solving some problem for the community served by the WG. This system of BoFs, IGs, and WGs seems to be an effective way of marshalling the resources of 800 people beyond talking and into doing without being paralyzed by standards issues. 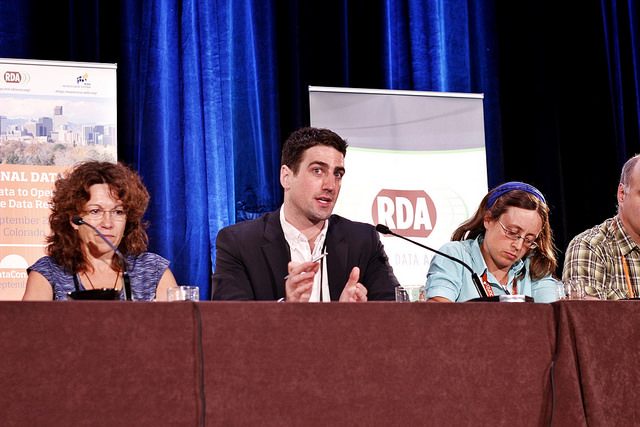 One of many sessions that took place at the RDA Eight Plenary Meeting.

While my affiliation with the RDA has not been long enough to observe this over the long term, I felt based on my observations that some WGs will produce results and some may not, and that it is perfectly acceptable for this to happen. To drive for the best success possible, WGs and IGs are monitored by previous group leaders for suggestions on how they can continue to make progress. All sessions I observed were well attended, including those right off the main conference area as well as those in the labyrinthine lesser traveled lower levels of the venue. I managed to reconnect with The Committee on Data for Science and Technology (CODATA) Materials Data IG, which included further presentation of some of the materials data work being done by the National Institute of Standards and Technology (NIST), and learn from several of the IGs and WGs of notable personal interest regarding Data Fabric and Data Repository Platforms.

The IG on Virtual Research Environments (VRE), another term for science gateways, was on Saturday, which was the final day of the meeting. For many, this was the 6th day of meetings, as the RDA had been combined with International Data Week starting the previous Monday. Fairly certain this would be a lightly attended session, I was pleasantly surprised to see more than 50 people in attendance. Three of us (one each from Australia, Europe, and the US) provided talks regarding gateway activity in their areas and followed with a panel discussion. Overall, I feel this group may need some more “gel time” to come to the point of sponsoring the creation of specific WGs, but clearly, the interest in VREs / science gateways is present and wide. One question during the panel session was on unifying terminology or at least describing what makes a VRE different from a science gateway. We were unable at that point in time to make any specific differentiation, and at least the panelists all thought adopting a common name of science gateways seemed reasonable. The practicality of doing so, however, may be a different matter given the momentum behind international funding solicitations and development efforts that already use their own terminology.

Overall, I hope and expect that science gateways may be a continuing discussion in the RDA and that we may learn from the RDA about the needs of data interoperability at the same level we already understand providing access to compute resources. I also hope that we, as an Institute, may learn from this governance model to grow our community to the same extent that the RDA has grown theirs.

Despite a lot of changes, Denver’s still a great place. If you haven’t been there, find an opportunity to go, but plan several days beyond the meeting you attend (if you go for work) so that you can actually drive into the mountains instead of just looking at them from the flat city. While the mountains are an obvious attraction, I can also recommend a lesser known activity in visiting IMI Motorsports for a different experience (note: I have no financial interest in IMI Motorsports). I never thought myself a go-kart person, but this track has the real thing: karts that go at high speed on a real track, not your usual indoor kiddie place.  It was a first for me, but quite enjoyable. 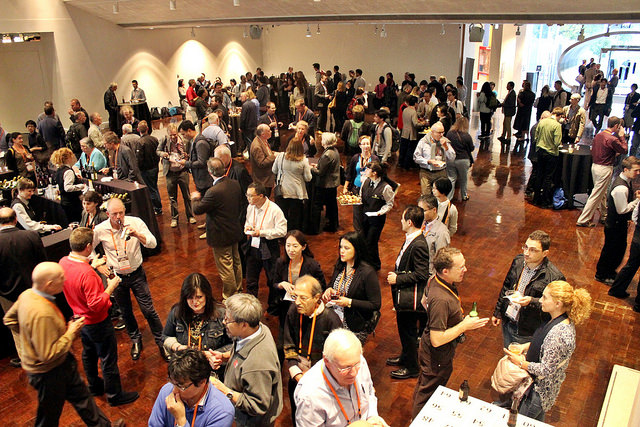