I’m a software engineer working at Purdue with our own science gateway platform, HUBzero. Additionally, part of my 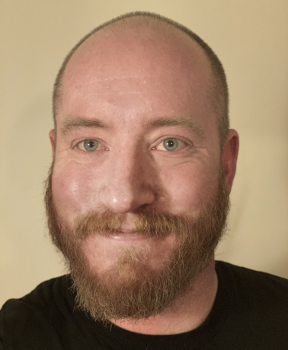 time is spent consulting for other gateways through SGCI. I’ve helped out with API design, database optimization, and desktop applications for different projects.

Software engineering is a great job, but there can be an aspect of monotony to working on the same sorts of problems day-in and day-out. Particularly when you’ve been hammering at said problem for a long time and refinements become more subtle, the sheen can wear thin.

SGCI consulting provides a great way to break out of the usual idiom and tackle something where you can use different tools and approaches. Often, since clients are highlighting their biggest sore spots, there’s also an opportunity to see huge progress over short periods of time. Things may not be built up such that there is large technical debt leveraged against creative approaches.

It’s always tricky to split time between projects and keep people on each side happy. There’s a trade-off to manage wherein you lose productivity due to the cost of context-switching often, but if you focus on one thing for too long it makes it difficult for people to manage their expectations of progress in a “typical” time period.

I couldn’t be much more involved with the gateway community given my core responsibilities at HUBzero along with consulting for SGCI.

Apart from that, I spend some time in the communities of my pet open source projects.

I’m a mediocre artist of many callings, so I do a lot of sketches, Soundcloud-polluting music, and the odd unfinished novel.

In the movie, They Live, “Rowdy” Roddy Piper has glasses that allow him to see the true sources of oppression around him. Others are skeptical, like Keith David, who fights back against Piper’s demand that he try on the glasses in an awesome alleyway brawl that leaves them both barely alive.

Anyway, that is to say, sometimes people have manipulated ideas about which forces are acting against them, and inflexible resistance to clearer viewpoints. I would like a superpower that lets me reveal the structures of kyriarchy without having to fight about it.