“We didn’t have a gateway yet, and it was the expertise of SGCI consultants that guided us through this whole thing and quickly got us to version two where we could realize all the capabilities that were in my head at the time."

The SimCCS gateway can play a meaningful role in mitigating climate change. The gateway, which offers capabilities for decision support and design of integrated carbon dioxide (CO2) capture, utilization, and storage technologies (CCUS) on a massive scale, was previously only available to a small group of experts led by the Los Alamos National Laboratory. Now, after a decade’s worth of research and engagements with SGCI, the platform is available to a larger group of users who can use high performance computing resources to optimize designs of the systems needed to capture and store CO2.

"The Focus Week broadened my horizons, and started me on a vision for SimCCS that could make an impact on a wider range of audiences."

In its first version, SimCCS offered users limited capabilities. By working with SGCI, the SimCCS team has been able to develop a gateway that’s user-friendly and accessible. The idea to develop a second version began when the SimCCS team, led by Kevin Ellett, Research Geologist at Indiana University, participated in the August 2018 Gateway Focus Week. Ellett says that the five-day intensive workshop helped them to learn from other teams in attendance, all at varying stages of gateway development. “The Focus Week was an awesome experience because it exposed us to all these groups that were further along in the development cycle and we could see what others were doing. We got help with writing a value proposition and started thinking about sustainability. The Focus Week helped us think bigger about how to plan out the gateway, and how to make it responsive to industry partners, policymakers, and even the general public down the road.” He adds, “The Focus Week broadened my horizons, and started me on a vision for SimCCS that could make an impact on a wider range of audiences.”

Work with SGCI Extended Developer Support consultants was already underway prior to the Focus Week, and continued afterward. Ellett says that the two combined were critical for moving the SimCCS project forward. “We 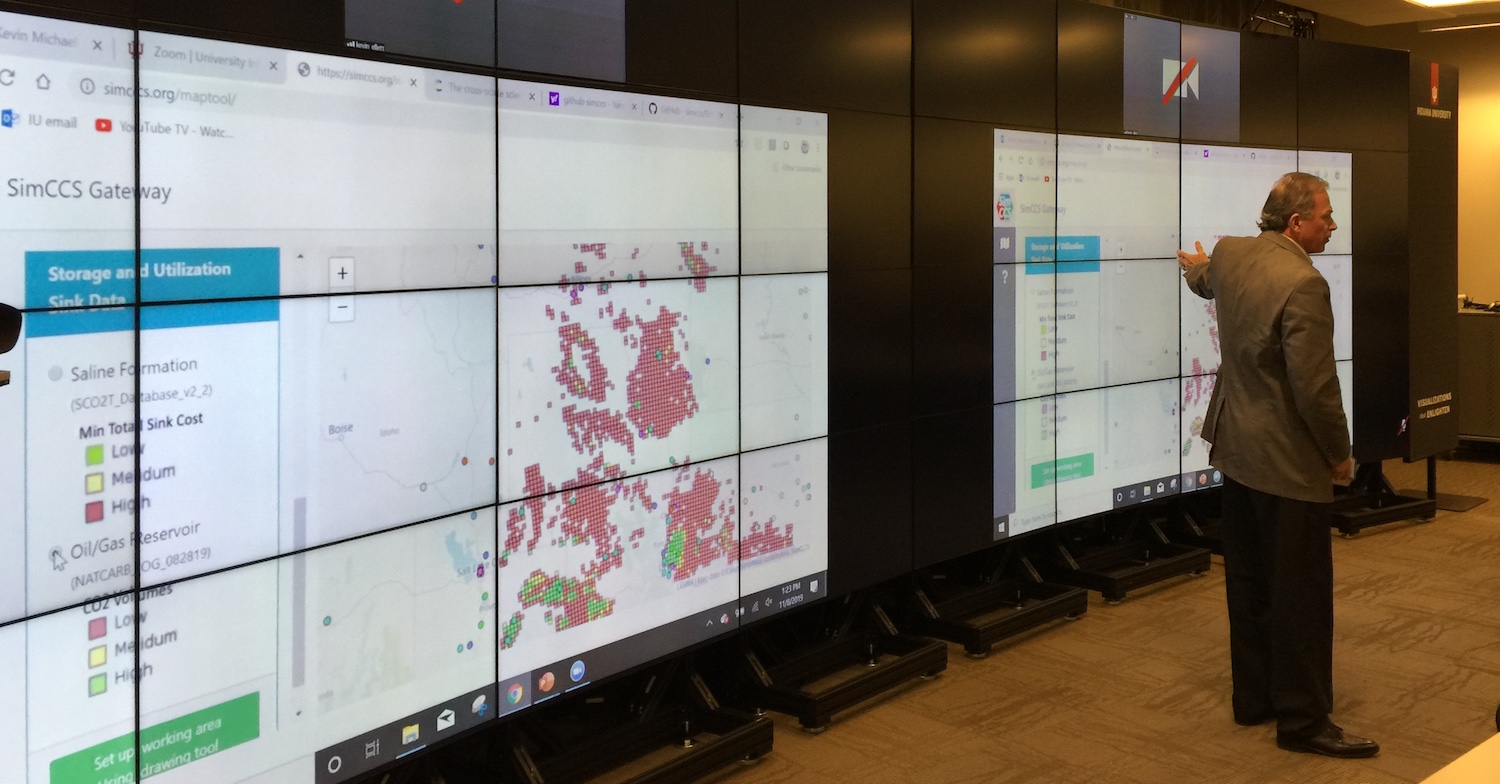 didn’t have a gateway yet, and it was the expertise of SGCI consultants that guided us through this whole thing and quickly got us to version two where we could realize all the capabilities that were in my head at the time. Without SGCI, SimCCS Gateway wouldn’t have existed in time for a critical international meeting in 2018 with colleagues across the U.S. and China who are all working to advance the technology. It would have taken 12-24 months to get to where we were in just 6 months, and I may have never gotten to version two if I didn’t have this type of acceleration.”

Version one of SimCCS, launched in the summer of 2018, attracted approximately 100 users, mainly from researchers and industry partners in the energy sector who are evaluating the use of CCUS technologies to mitigate their emissions. With version two, Ellett says that the plan is not only to grow and broaden the research and industry user base but also to increase engagement with, and accessibility for, the general public. “Successful engagement with the general public is critical to achieving a social license to operate these projects and many planned CCUS projects have failed to move forward because of public opposition. Our gateway framework provides an unprecedented opportunity for enhanced stakeholder engagement with communities in which CCUS projects are being proposed and planned. Its ease of use and transparency of input datasets and infrastructure design solutions allows for the general public to better understand and evaluate CCUS implementation for themselves. The upcoming launch of a suite of new user tools, including new visualization and analysis tools, will mark an exciting next step in the gateway’s growth and potential.”

The SimCCS team recently won an R&D 100 Award. Known as the “Oscars of Invention,” the award honors the latest and best innovations, identifying the top technology products of the year. Learn more about SimCCS in this brief video.