The Science Gateways Bootcamp, now known as Focus Week, is a well-received five-day long hands-on workshop on sustainability that takes place twice a year in the U.S. The five days is needed to fully discuss and work through the topics as well as for building a community around sustainability for science gateways. Being aware of the fact that five days is a major time commitment and also being inspired by the demand of the community both within the U.S. and internationally, the SGCI Incubator team organized a two-day Mini Bootcamp which took place June 11-12, 2018, in Edinburgh, Scotland. The Mini Bootcamp was funded by the UK Software Sustainability Institute (SSI).

The Bootcamp took place in conjunction with the 10th anniversary of the International Workshop on Science Gateways (IWSG) and we were able to accept nine projects as participants. The participants came from five countries (the UK, The Netherlands, Greece, USA, and Canada) with projects that covered the full range of gateway development maturity levels that included everything from an established science gateway to one that just got started on down to one that’s still just an idea. The mixture of maturity levels has proven beneficial for discussions and offers a good way of exploring novel ideas as well as the experiences of mature projects.

"I found the Mini Bootcamp to be a very nicely arranged seminar on "distilled buisness for techies": a few practical tools to let you look at your Virtual Research Environment from a non-technical perspective, lead by energetic, knowledgeable, approachable, and charming instructors." Ander Astudillo, Consultant, SURFsara 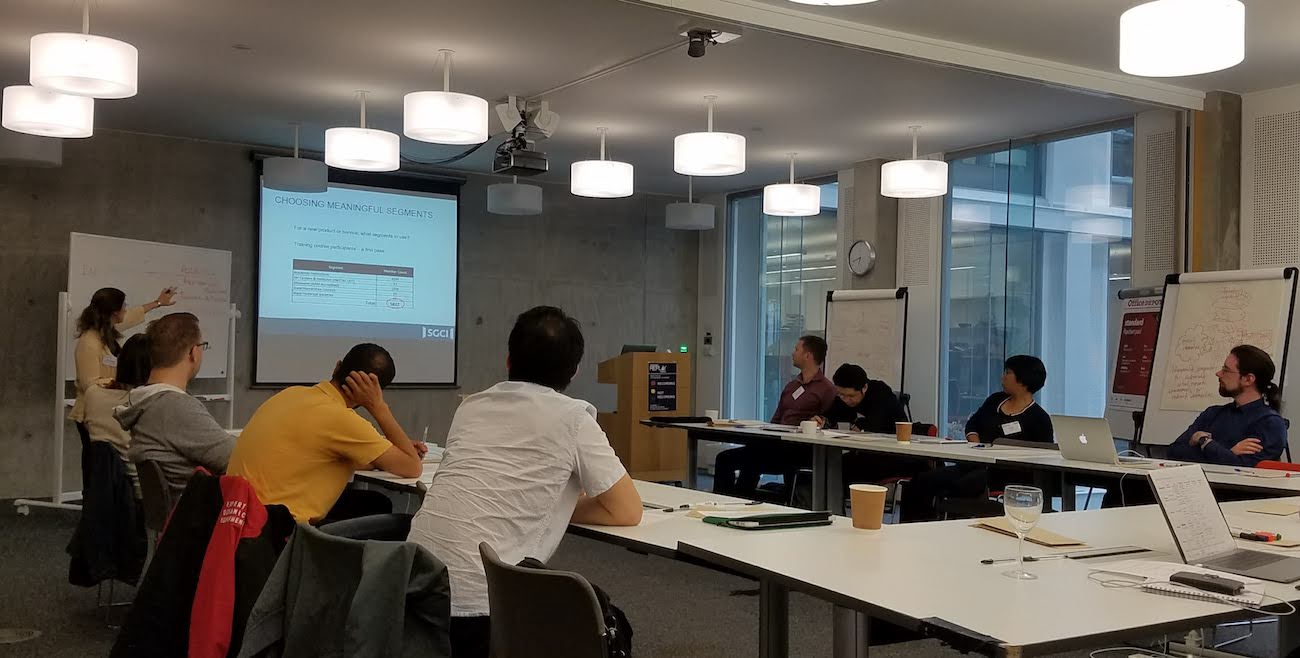 The biggest challenge for us as instructors in preparation was to decide which of the sustainability topics we would like to present in the shorter version of the Bootcamp. We wanted to allow participants to work through topics and 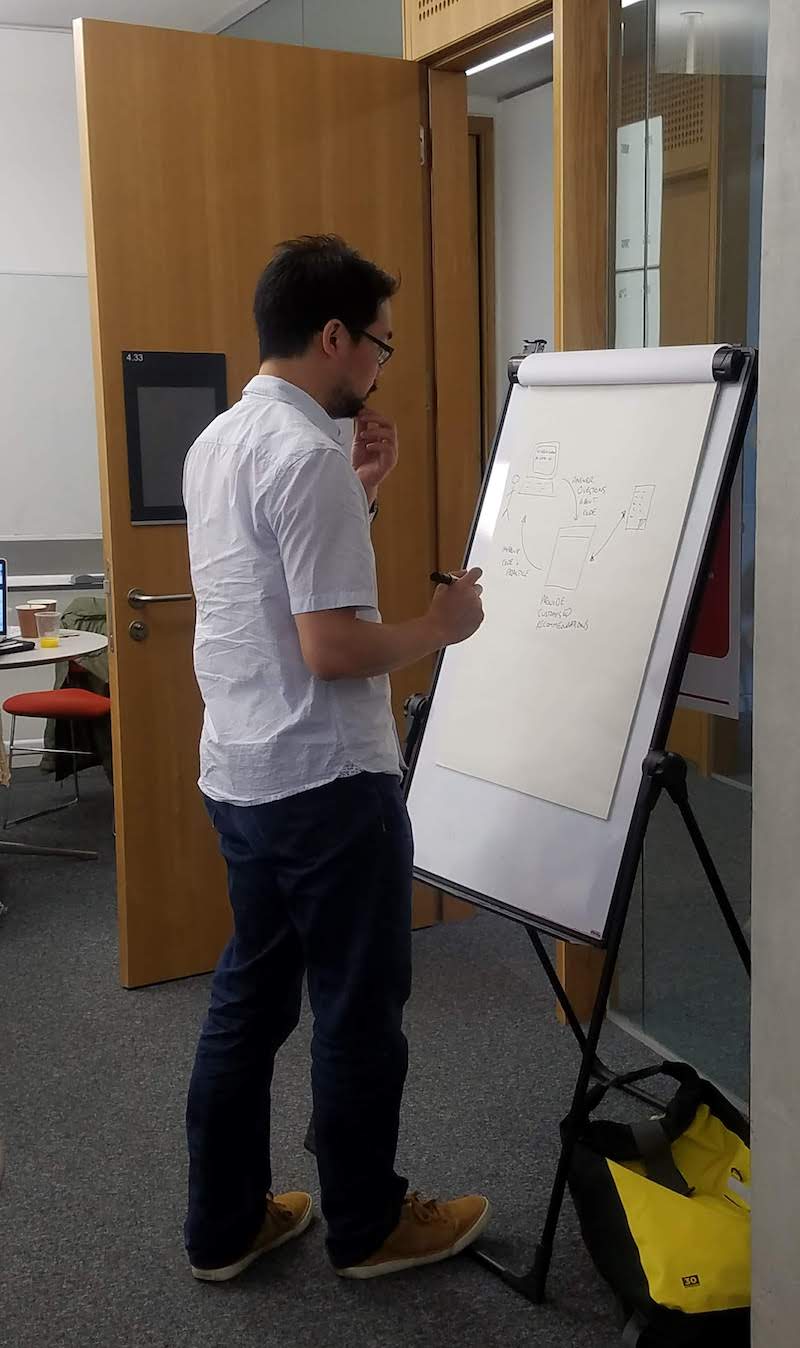 take away as much as possible in this timeframe without feeling overwhelmed. We cut the topics down to seven sessions: Napkin Drawing, Value Proposition, Understanding Your Audience & Key Stakeholders, Environment: Mapping the Landscape, Goal Setting, User Centered Design & Usability, and Funding Model.

The discussions during the sessions were lively and the participants reported that they found the hands-on sessions beneficial for their projects. The feedback for this Bootcamp, as with all the others that we’ve offered, was mostly enthusiastically positive with an emphasis on how the different sessions opened up new perspectives on their projects. One aspect of the Mini Bootcamp that was difficult for some was that the timeframe felt too short to let the ideas sink in and to work more intensively on chosen areas. We fully agree - it's hard to build up the same experience in two days as in five days. We will probably further tweak the idea of the Mini Bootcamp in future iterations. It could be that three days is a minimum number of days needed to commit, or maybe that we select fewer topics for a two-day version.

I found the workshop to be well organized, enjoyable, and particularly beneficial for sharing a range of participant perspectives in reflecting on how we position our own ELIXIR life science research infrastructure services to a range of stakeholders." Jonathan Tedds, ELIXIR Compute Platform Coodinator, ELIXIR Hub

Nevertheless, we are happy (and relieved) that the participants found the two days beneficial for their projects moving forward, and a great use of their time. We’re also glad that they enjoyed Edinburgh as the location for Mini Bootcamp, including the evening social event that provided a great community building activity. We could do no wrong with going to an invited dinner (Thanks SSI!) in a beautiful Scottish restaurant with an enormous whisky collection!

The week-long version of Science Gateways Bootcamp is offered twice yearly. 2019 dates have not been announced, but you can learn more about the Bootcamp here. To stay updated about upcoming Bootcamp opportunities and all things SGCI, consider signing up for our newsletter.