Report from the International Workshop on Science Gateways – Australia 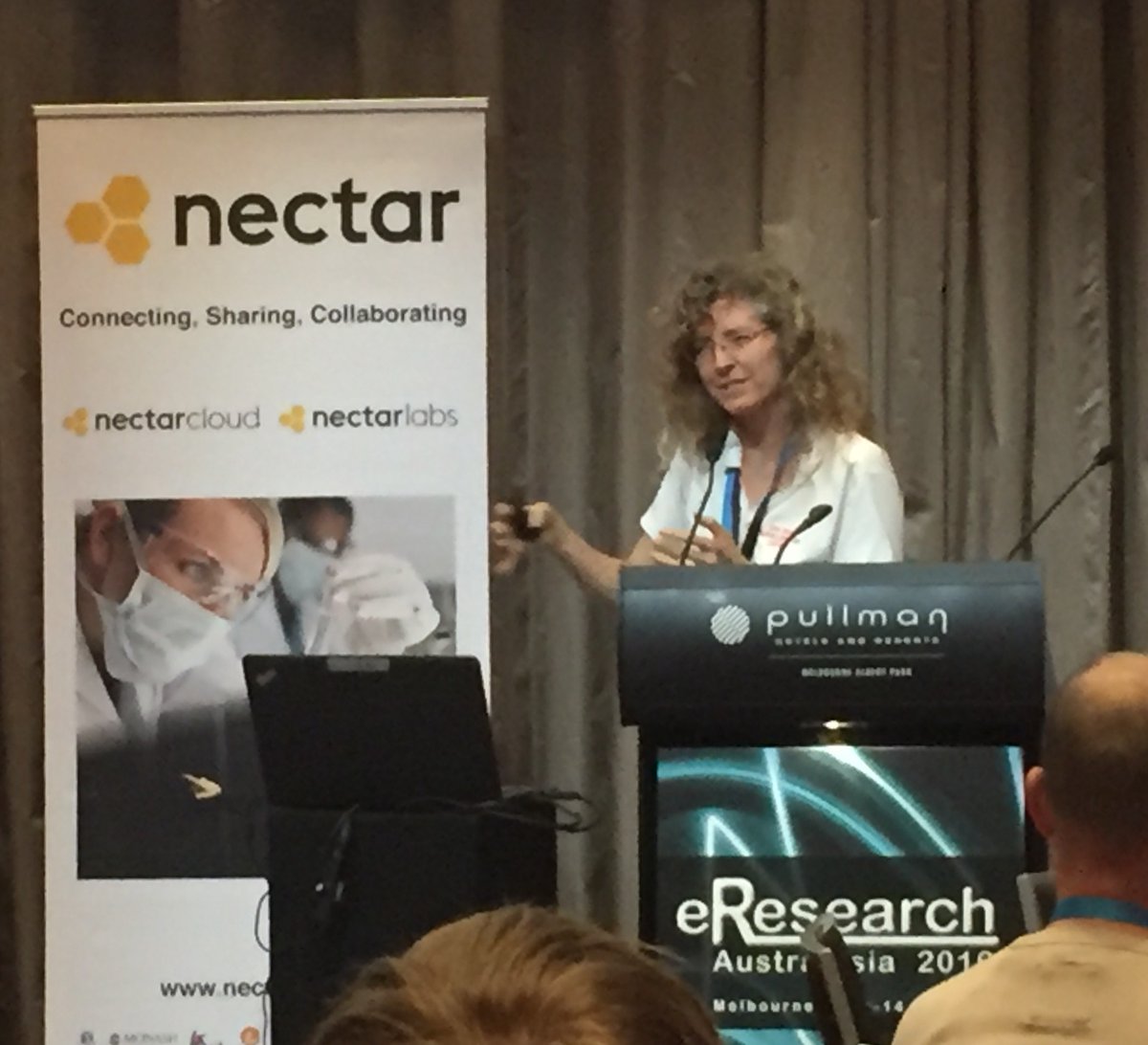 I was very fortunate to attend the International Workshop on Science Gateways – Australia in Melbourne on October 10, followed by the larger eResearch Australasia conference Oct 11-14. Both were excellent events and featured science gateways and virtual laboratories prominently. The events were held at the beautiful Pullman Albert Park overlooking, as you might guess, Albert Park. Albert includes a large lake for rowing with a 5k running loop around it. The first women’s teams began rowing at the lake in 1910. Of course, I took advantage of the running trail.

At the gateway workshop, we heard talks from all over the work, as well as highlights from Nectar’s Virtual Laboratories program. Dr. Steven Manos spoke in a plenary session about the “skills spectrum” across eResearch, his own personal value network as a grad student and serving in the role of expert teaching others and the impact this had on his work. Anitha Kannan, program manager, presented work for the Characterisation Virtual Laboratory. I was impressed by the multi-scale work on instruments and the ability of this gateway to generalize.

The workshop also featured a unique World Café format where we rotated amongst a series of tables to hear many different talks in a smaller setting. It was difficult to choose what to hear more about!

I heard more about several projects including Scaling the Open Science Framework: National Data Service Dashboard, Cloud (I heard several good talks from the Center for Open Science team throughout the week) and A Scientific Software Solution Centre for Virtual Laboratories, which provides a repository of software for the Nectar Virtual Labs (and others). The use of Puppet modules and Docker means developers can easily pick up solutions. Provenance descriptions and identifiers help with tracking. We look forward to collaborating with them through the Science Gateway Community Institute’s Scientific Software Collaborative program.

Ian Taylor, in his Composable EmberJs Dashboards Using OSF demonstrated a really fast spin up of a gateway using the Open Science Framework. Impressive! Anusuriya Devaraju in her talk on

A Recommender System to Support the Discovery of Research Datasets discussed major improvements to simple keyword searches in locating research datasets of interest. I’ve got Anusuriya’s card and we’ll definitely be following up to learn more about this. Finally, I was impressed by the support for data provided to HPC users by the National Computational Infrastructure (NCI) presented by Claire Trenham. These data services link into several of the virtual laboratories and portals including the Climate and Weather Science Lab, the Virtual Geophysics Lab and Australia’s Environment portal.

At the eResearch conference, Andrew Underwood from Dell got us all thinking with his talk entitled “Entering the Age of Artificial Intelligence”. I then had the distinct pleasure to hear Nobel prize winner Peter Doherty talk about “Living in an Evidence Based World”. Dr. Doherty is insightful, humorous, humble and so engaging. He splits his time between St Jude Children’s Research Hospital, Memphis and the Peter Doherty Institute at the University of Melbourne. Natalie Meyers gave a terrific unplanned keynote entitled “Open, transparent and reproducible science is stronger science”. She was able to fill in marvelously when a planned keynote speaker fell ill.

The full conference also included a Virtual Labs track and the lunchtime Solutions Showcase. I was able to catch several talks here. Using the All Sky Virtual Observatory, data can be generated in an afternoon that would typically take months as a student. iReceptor: A Scientific Gateway for the federation and analysis of adaptive immune system genomics data looks like a great project. It’s in beta right now, but with some important feedback from key users they are developing a great product. I caught just a little bit of Improving Integrity, Transparency, and Reproducibility Through Connection of the Scholarly Workflow before rushing off to give my own talk with Michelle Barker on the International Coalition on Science Gateways.

A Plant Biosecurity Virtual Laboratory made me think of some gateways I’d seen from the USDA and reminded me of the broad scope of gateways, as did

A New Taste of HuNI: Redeveloping the Humanities Networked Infrastructure. I spoke with the presenters afterward about how they were able to create something concrete for what is a very diverse community.

On Friday I headed to the Research Computing Center at the University of Queensland to participate in person in their seminar series. I’d been participating remotely in seminar series’ organized by David Abramson for many years and I was so happy to be able to take advantage of my time in Australia to present in person for once, once again talking about US science gateways programs. Big thank you to David and his team for their hospitality. We look forward to seeing Hoang Nguyen present his work at Gateways 2016 in San Diego Nov 2-3.

So, as you can see, this was a week very well spent in Australia!