One of our five Science Ambassadors, Mohamed Mousa, attended the Society for Neuroscience (SfN) Meeting in October 2019. Mohamed, who is a Ph.D. candidate and graduate research assistant at Wright State University, presented a poster on his current work with small conductance potassium channels (SK) that play an important role in the pathogenesis of ALS disease. He has been using the Neuroscience Gateway for his research.

Now, with the problem of running computationally heavy simulations solved, I could focus more on science and be more productive.

Thanks to support from the SGCI Science Ambassadors program, I was able to attend and present my work at the Society for Neuroscience (SfN) annual meeting in Chicago in October 2019. I presented my work on small conductance potassium channels (SK), that plays a role in the pathogenesis of ALS disease. The presented work gave insights about the differences between SK channels types, and how to incorporate that information in electrophysiology and computational studies. 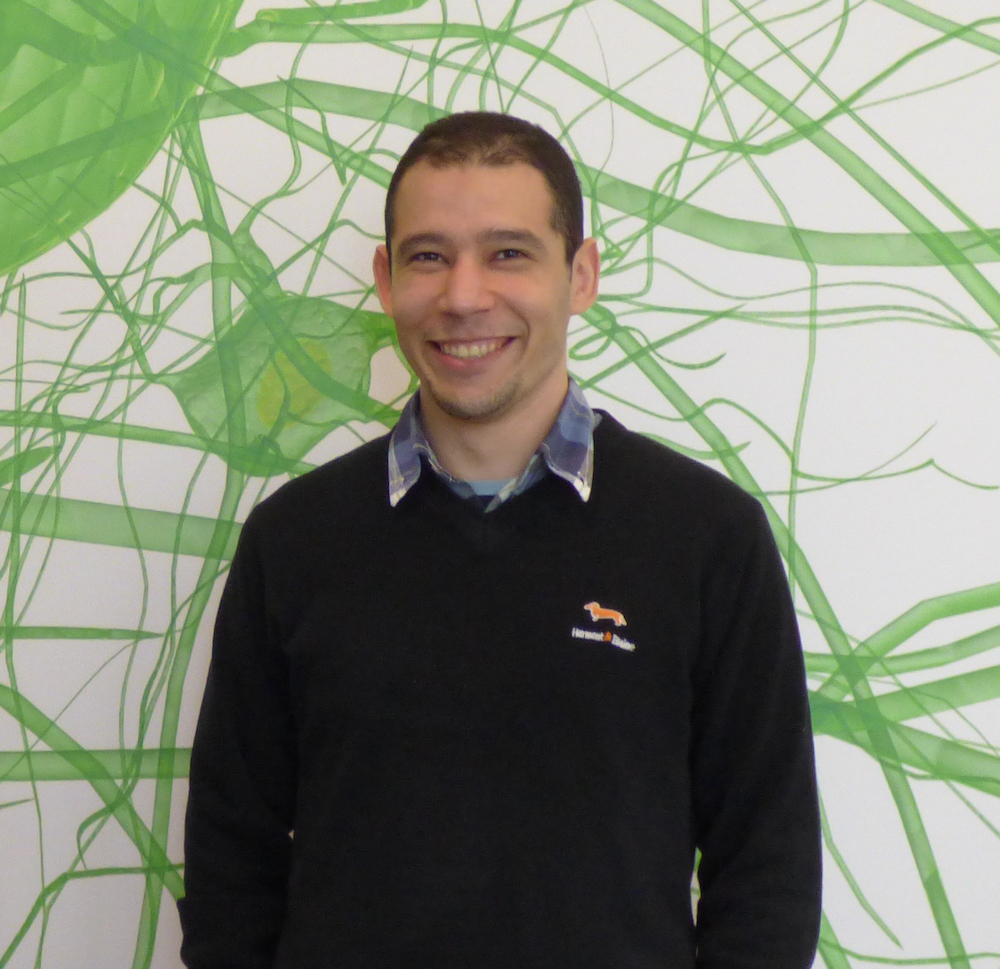 My experience with science gateways started early in my M.Sc. degree, which made it possible for me to pursue research and a career in computational neuroscience. As a fresh graduate, I was interested in neuroscience, so I started doing my M.Sc. degree in computational neuroscience. My project was to advance motoneurons models by finding the proper location of Ca channels on neurons dendrites. It wasn't long until I found that doing high-quality neuro simulations was not possible on my PC. At the time, I was working on morphologically 3D detailed neuron [1] models. Using these models is great in research, as it is very realistic and its results are compared to experimental data, however, these models are computationally heavy, especially when trying to add more physiological detail to it. I remember I reported that problem to my supervisor and told him that the simulation takes almost a day to run, during which I could not use my PC at all. As a result, I made very slow progress during that period of my M.Sc. degree.

Later, my supervisor introduced me to the Neuroscience Gateway (NSG), I created an account on NSG, and I was surprised to find that it was free, which wasn't the case with many other online computing resources. Since that moment, my productivity increased dramatically; instead of running one simulation per day, I started sending a dozen. The process of creating simulations and running them was very organized using NSG, as I could keep track of my old simulation files along with the results by date and category. Now, with the problem of running computationally heavy simulations solved, I could focus more on science and be more productive.

The figure is for a 3D morphology of a motoneuron reconstructed from a mouse spinal cord.
The soma is highlighted in green, and the dendrites are in red.

Currently, I am a Ph.D. student at Wright State University, pursuing a higher degree in computational neuroscience. My current work has scaled up from one neuron in my M.Sc. to 200 neurons in my Ph.D. My work aims to advance the quality of individual neuron models by adding more physiological detail and incorporating these advanced models to investigate the neurodegenerative disease amyotrophic lateral sclerosis (ALS). This incurable disease paralyzes patients and causes their death within 1-3 years after diagnosis. The disease involves many synchronal pathological changes that are difficult to identify among other compensatory interactions. In my lab, I use multi-level system models to predict systemic changes that happen to our motor system during a neurodegenerative disease like ALS. Using such models, we can make pathogenic cellular changes that simulate a disease's actions, then these cellular changes are reflected back on the behavior of the whole motor system. So now a pathogenic act can be detected system-wide without severe intervention. This tool should help in the early detection of ALS through the inference of the hidden cellular changes that we cannot detect by looking at its reflection on the systemic behavior on our motor output.

A multi-level model like this needs huge computational power to run, so we are using the NSG to run simulations for that model, such that a model of 200 cells would need 200 cores to run, producing 3GB of data for a five-second simulation. Running such models on the NSG requires designing your code to support parallel context, a step that depends on the programming language you use in your models. Running simulations on NSG is simple but a little tricky—think about simulations as a ride from destination X to destination Y; using NSG for simulations is like taking a train ride since it is way faster, running multiple simulations at the same time, but you have less control during the ride while running a simulation on your PC is like taking your own vehicle; slower, less space, but you have more control during the ride, such that you can stop, choose a different route and so on; that's because when you are using NSG, you have no access to the graphical user interface (GUI), so you have to plan everything ahead of time because the next time you can see the simulation is when it is done at destination Y.

The good news is that that many tools have been developed recently to work side by side with the NSG to help send simulation jobs and to receive the results back. One example is SimAgent, which was developed at Missouri University [2].

The technical support on the NSG is great. I had a problem with my first simulation and I didn’t know what the problem was. I sent the problem to the development team, they replied the next day, and the problem was fixed from the backend. The gateway is also versatile in its support. I had a colleague who needed to run her simulations on the NSG but didn't find MATLAB as a tool on the gateway. The NSG support team was able to provide MATLAB as a tool within a week.

I believe that there is still a gap between scientists working in the neuroscience field and the integration of data science. I believe that computational neuroscience is a bridge that integrates data to help find the mechanisms by which neurons work. One of the things I learned at the SfN meeting is that neuroscience is a very diverse field with experts in behavior, genetics, microbiology, pharmacology and more, and we are talking in mostly different science languages but with the same goal; “understanding how our neurons work”. After this trip, I see a lot of room for computational work, and a lot of new insights and information about the ALS disease that eventually would require more work on the Neuroscience Gateway.