Science Gateways Bootcamp Check-In: How are Participants Progressing Toward Their Goals?

When participants walk away from the week-long Science Gateways Bootcamp, they do so not only with a bounty of knowledge and resources but also with a sustainability plan and actionable steps that they themselves have outlined for how they’ll implement all that they’ve learned.

We regularly check in with previous Bootcamp participants to see how each project is progressing and have been pleased to learn that many of the teams have already checked off several, if not 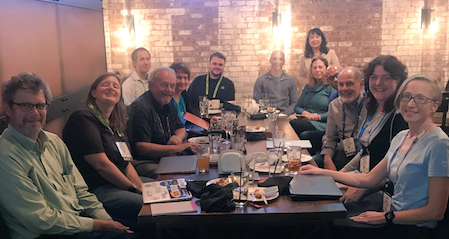 all, of their to-dos, while others have progressed more slowly as they struggle to carve out the time needed to work on their goals.

Back in November, during SC17, we hosted a reunion with some past Bootcamp participants. Twelve of them joined us, a mix from the first two cohorts of 2017. Some who came to the reunion shared their insights, reported on their progress, frustrations, and redefined goals.

Carol Song, a participant of the October 2017 Bootcamp, reported an appreciation for the opportunity to reconnect with her own cohort and to also connect with members of another cohort. She said that she feels supported by the network of colleagues she’s gained as a result of participating in the Bootcamp:

"It is great to be part of a growing community who share the common experience of having gone through one of these Bootcamps—everyone had a personal experience at the Bootcamp but this reunion at SC17 helps build the bond among us. I was proud to share with others what we have done since the bootcamp, actually utilizing the material and tools we learned and applying them in our projects with greater confidence and well-reasoned longer term goals. It is also exciting to hear that the SGCI is planning on additional follow-on in-depth workshops, a great opportunity for more of our team members to benefit from SGCI’s services." 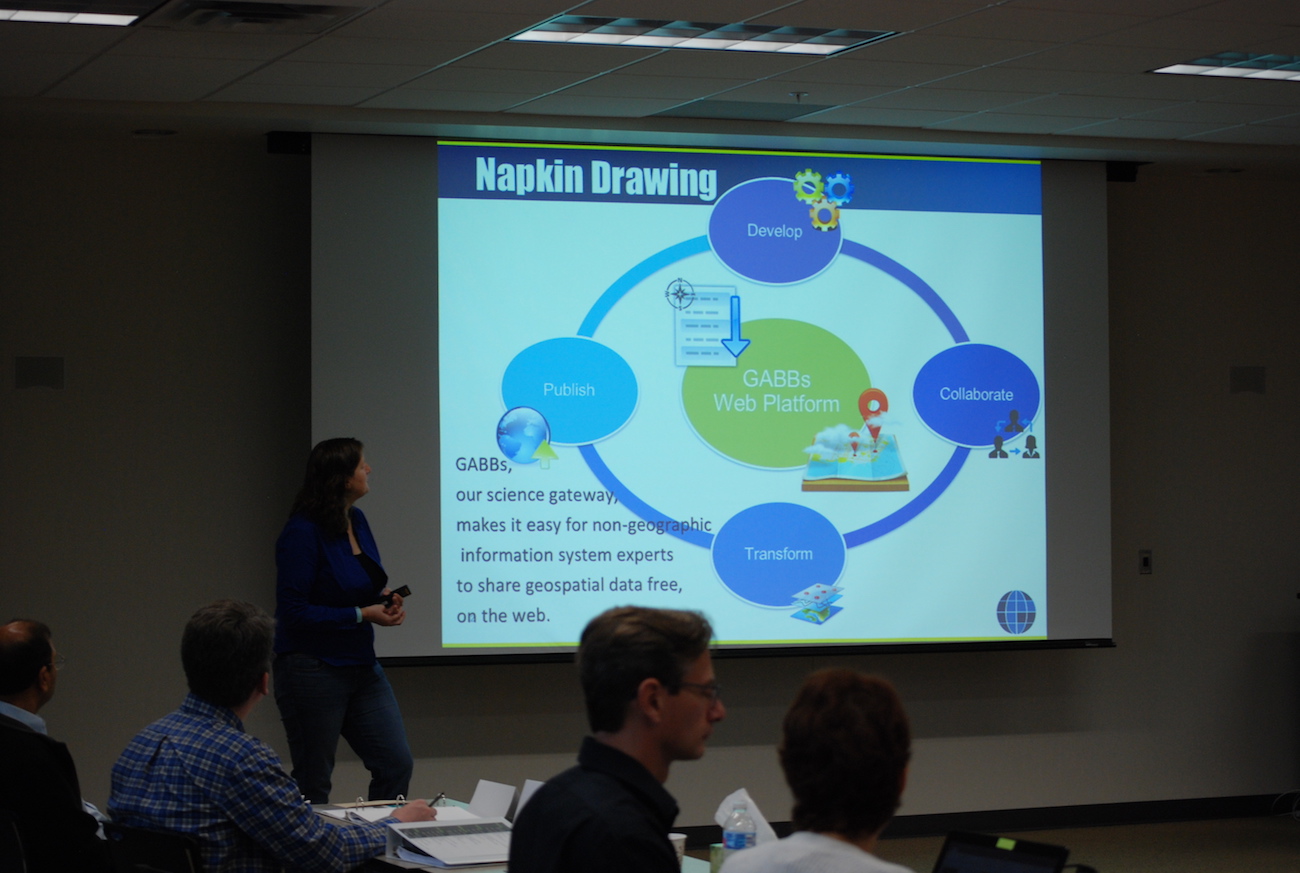 Carolyn Ellis, also from the October 2017 Bootcamp, shared similar sentiments about the value of connecting across cohorts and hearing about the progress of other projects:

"It was a great opportunity to have a check-in at SuperComputing regarding our progress and how our science gateway’s landscape had changed because of the SGCI Bootcamp. We were able to meet members of the other cohort and then, for accountability, checked in with our progress and challenges. I look forward to future events collocated with other industry events that might keep us accountable to each other. We are facing similar challenges regarding grant funding and programs with more uncertainty than ever. As we learn how to focus on stretching each of our science gateways' unique niche, we are fortunate to have additional teams all acting as support units because of SGCI."

Carolyn wasn’t alone in recognizing the challenges being faced by past Bootcamp participants. Matthew Saltzman, a participant from the April 2017 Bootcamp added:

"The SGCI SC17 meeting was a great opportunity to catch up with fellow Cohort 1 members and meet some new folks from Cohort 2. We all got to share challenges and successes. As COIN-OR has advanced rather slowly on our goals, it was especially both heartening and depressing to hear that other projects shared some of the same challenges: federal funding short circuits, overburdened key players, and lack of (primarily human) resources were the most common. It was good to be reminded of the SGCI consulting services as well."

Jack Smith, also a participant from the April 2017 Bootcamp, noted that the progress reports were varied, with some making significant progress since leaving the Bootcamp while others struggled with the realities of finding sufficient funding and support.

"The updates were quite varied from one who does not yet have a gateway to one who’s already partnering with a commercial hardware/solution vendor to help accelerate their effort.

I gave a quick report on our HUBzero-based portal (Aquavit) for water quality research in Appalachia, which is self-hosted at Marshall University. I lamented on its slow adoption by researchers and some of the downsides of self-hosting with little to no funding to support it."

Jeanette Sperhac, a participant in the October 2017 session, shared why it felt good to, again, be among a group that’s traveling down a similar path. 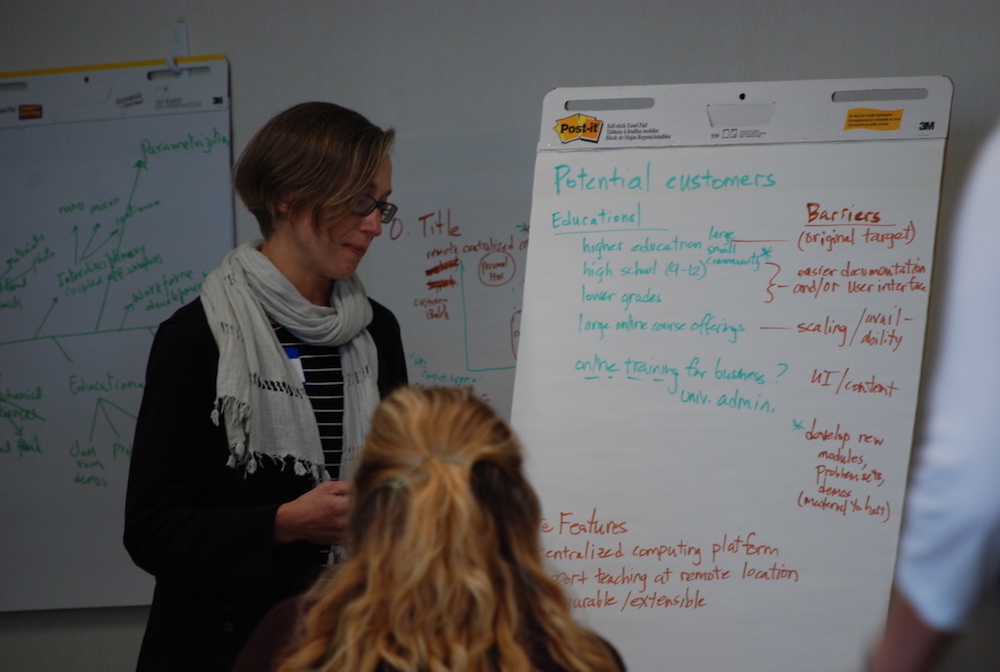 "I liked hearing the quick summaries of the other gateways' progress and challenges as well as being required to summarize them myself. It was also somewhat reassuring to hear that others have also struggled at times to find the time to implement their new sustainability skills. Altogether, however, this reiterates for me that I am still on track for my gateway's three and six month goals. I find it encouraging, as this tells me that my goals were reasonable and attainable as well as important. Thanks for the support and encouragement, as well as the really well-structured bootcamp program. It was great to reconnect with the attendees and hear about their adventures since October!"

Like Jeanette, others also found comfort hearing that, even though there have been some challenges, everyone was still plugging away and working to meet their goals by taking advantage of resources that are available, such as those offered by SGCI.

Are you wondering how the Science Gateways Bootcamp could help you achieve your goals? Email us at help@sciencegateways.org with any questions you might have. Ready to apply for the next session, happening May 14-18, 2018, at the Texas Advanced Computing Center in Austin, Texas? Apply now through March 30!