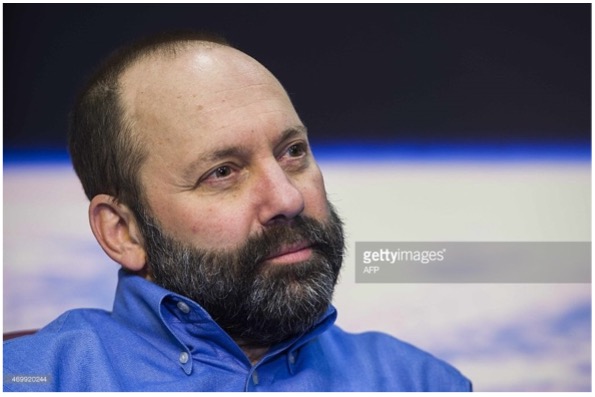 The James Webb Space Telescope is the successor to the Hubble Space Telescope. It is the largest space telescope ever constructed, and will extend humanities’ high definition view of the universe into the infrared spectrum. The Webb will observe early epochs of the universe that the Hubble cannot see to reveal how its galaxies and structure have evolved over cosmic time. The Webb will explore how stars and planetary systems form and evolve and will search exoplanet atmospheres for evidence of life. The Webb’s science instrument payload includes four sensor systems that provide imagery, coronagraphy, and spectroscopy over the near- and mid-infrared spectrum. NASA developed the JWST in partnership with the European and Canadian Space Agencies, with science observations proposed by the international astronomical community in a manner similar to the Hubble. Launch of the Webb occurred during 25 December 2021. The Webb is currently undergoing in-flight commissioning in preparation for the start of science operations.

Bio:
Matthew Greenhouse has served on the James Webb Space Telescope senior staff as Project Scientist for the Webb science instrument payload since 1997. He specializes in infrared imaging spectroscopy, development of related instrumentation and technologies, flight project science, and technical management. Greenhouse began work in infrared astronomy during 1979 when, after receiving a Bachelor's of Science degree in Geosciences from the University of Arizona, he joined the Steward Observatory as an instrument technician for balloon-borne and Kuiper Airborne Observatory science instrument development. During 1983, he joined the Wyoming Infrared Observatory as a graduate student in physics. After receiving a Ph.D. in Physics from the University of Wyoming during 1989, he joined the Smithsonian Institution in Washington DC as a Federal Civil Service astrophysicist. He then joined the NASA Goddard Space Flight Center during 1996 in the same capacity.

Greenhouse has served on several NASA and European Space Agency (ESA) flight mission teams. He supported ESA's Infrared Space Observatory mission as a member of the Long Wavelength Spectrometer instrument team. He supported the NASA Stratospheric Observatory for Infrared Astronomy mission by serving on its Independent Annual Review Board as Co-Chair, and served on both its Interim Management Review Board, and Science Steering Committee. He supported the NASA Spitzer mission by serving on its Community Task Force as Legacy Science Program Chair and the Hubble Space Telescope Wide Field Camera 3 instrument project by serving on numerous gateway technical review boards. Greenhouse has been a member of the NASA Astrophysics Working Group, and has supported ground-based astronomy through membership on the National Science Foundation Committee of Visitors, and numerous selection committees and review boards for major ground-based instrumentation. 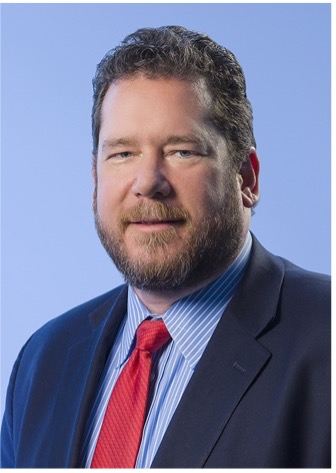 Starting May 1, 2022, NSF made five awards via the ACCESS program to follow the 11-year XSEDE project.  Since that time, the awardees of four of the five planned Service Track (RAMPS, MATCH, CONECT, M&M) awards along with the awardee of the ACCESS Coordination Office (OpenCI) have been hard at work establishing the new NSF-funded ACCESS cyberinfrastructure ecosystem that went live on September 1, 2022.  In this talk I will discuss some of the challenges of transition from XSEDE to ACCESS, how science gatgeways fit into the ACCESS ecosystem, the current status of each of the awardees in the capabilities each plans to deliver and what is still on the horizon from those awardees.  The impacts on science gateways that this transition is having will be highlighted.

John Towns holds two appointments at the University of Illinois at Urbana-Champaign. He is the Executive Associate Director for Engagement at NCSA (the National Center for Supercomputing Applications, http://www.ncsa.illinois.edu), and Deputy CIO for Research IT (http://researchit.illinois.edu) in the Office of the CIO at Illinois.  He is also PI for the NSF-funded OpenCI ACCESS Coordination Office award and has been the PI and Project Director for the NSF-funded XSEDE project (the Extreme Science and Engineering Discovery Environment, http://XSEDE.org). Towns provides leadership and direction in the development, deployment and operation of advanced computing resources and services in support of a broad range of research activities. In addition, he is the founding Chair of the Steering Committee of PEARC (Practice and Experience in Advanced Research Computing, http://www.pearc.org). He earned M.S. degrees in Physics and Astronomy from the University of Illinois and a B.S. in Physics from the University of Missouri-Rolla. 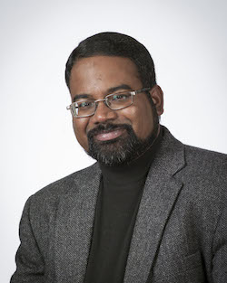 Title: AI and Graph Systems as Foundations for Next Generation Learning Experiences

Learning is one of the most human endeavors imaginable. People learn all the time throughout their life through a beautiful and harmonious process that is dynamic, contextual, and is directly influenced by an individual’s prior experiences. Effective learning requires the orchestration of extremely complex human cognitive, behavioral systems with sociotechnical artifacts that influence, change, and affect each other in completely fundamental ways. Next generation learning experiences will emerge from enabling human computer interfaces powered by AI. The type of intelligence represented by this AI will be characterized by the ability for the entire learning ecosystem to flex, morph, evolve over time to guide user experiences – essentially act as a “learning coach”. These learning coaches will be fine-tuned to responsibly deliver on the promise of improved learning outcomes ranging from basic literacy skills such as reading to entering meaningful careers.

Using a combination of cutting-edge AI engines, Azure cloud infrastructure, Microsoft Graph, and the LinkedIn Economic Graph, I showcase Microsoft’s approach to building next generation learning experiences. In this talk, I will demonstrate how Microsoft Teams as a collaboration platform allows learners to experience a set of “AI Learning Coaches” seamlessly as part of their daily learning. Coupled with analytics that provide insights into how learners behave and perform, the learning experiences allow teachers and learning experts to proactively engage students. Interestingly, the same technologies that power our learning experiences also can transform the research experiences at institutions of higher education. In this time, I will present how Microsoft is working to bridge research and education – also making the research enterprise significantly more productive through its products and services.

Bio:
Dr. Madhavan is a Principal Group Manager at Microsoft where he leads the Education Growth team. Until recently, he co-led the Microsoft Career Coach product and engineering effort. Dr. Madhavan was also the Founding Director of the Microsoft Worldwide Innovation Studio. He has over 20 years of experience working in cloud & middleware infrastructures, data science, NLP, machine learning/AI for knowledge networks, graph systems, interactive visualization platforms, and behavioral modeling. Prior to Microsoft, Dr. Madhavan was a tenured associate professor in the College of Engineering at Purdue University. He also served as Co-Principal Investigator for the NSF-funded Network for Computational Nanotechnology (nanoHUB.org). Dr. Madhavan was also awarded the NSF Career Award (2008) for his work on the use of semantic grid technologies for understanding user behaviors and personalization in online systems.

The National Science Foundation (NSF) is an independent federal agency charged with support of basic research across a wide array of scientific disciplines.  Support for basic research also includes support for access to research results and high-quality digital data. The persistence and availability of these critical data resources for teaching, training, use and re-use in research is important to fully capture the societal benefits and broader impacts of NSF supported research.  In the Division of Biological Infrastructure, the Sustaining Infrastructure for Biological Research (Sustaining) Program supports the continued operation of existing research infrastructure that advances contemporary biology in any research area supported by the Directorate for Biological Sciences at NSF. The Sustaining Program focuses primarily on sustaining critical cyberinfrastructure that is broadly applicable to a wide range of researchers. Projects are expected to ensure continued availability of existing, mature resources that will enable important science outcomes achieved by users representing a broad range of research supported by BIO and its collaborating organizations.  Additional Sustaining program emphasis is on support for efforts to transition these resources to independence and long-term sustainability.  NSF also provides support for planning proposals, research coordination networks, and capacity building.  The various programs and funding opportunities provide resources to support the development of sustainable operations plans for scientific gateways across a range of disciplines.

Dr. Ellis has been a permanent Program Officer at the National Science Foundation since 2013.  At NSF, he helps manage the review of grant proposals and oversight of awards from a wide range of researchers.  He has worked several programs in the Directorate for Biological Sciences, including: Physiological Mechanisms and Biomechanics; National Ecological Observatory Network; I-CORPS; Infrastructure Innovations for Biological Research; Major Research Instrumentation; Mid-Scale Research Infrastructure; and he currently manages the Sustaining program.  Prior to joining the NSF, Dr. Ellis was a faculty member in the Animal and Veterinary Sciences Department at Clemson University where his research program was focused on prepubertal ruminant mammary development.   Steve has a B.S. in Animal Science from UConn, and earned both his M.S. and Ph.D. degrees researching lactation physiology and mammary development in dairy animals at Virginia Tech.