GenApp's User Interface Modernized Thanks to Successful Engagements With SGCI

“We have created a framework to build science gateways, however, we were not satisfied with the dated appearance. We successfully engaged with SGCI to modernize the UI, providing a more satisfying experience for our users.”

GenApp is a framework developed to rapidly produce science gateways for research scientists that are not necessarily web developers or computationally savvy, but understand their domain and have utilities to share. The gateway allows researchers to rapidly expose their code to a large audience. Built in 2013, GenApp-produced gateways now have over 900 users with over 60,000 jobs submitted.

In 2017, the GenApp team participated in Gateway Focus Week. In doing so, they were able to craft a plan for sustainability and to outline goals for the future. One major priority emerged, which was to improve GenApp’s user-interface. To get started, the team requested SGCI services and worked with both Usability and Extended Developer Support (EDS) consultants.

With Usability consultants, they worked to find ways to make the GenApp user interface user-friendly and more modern. The consultants delivered a set of recommendations that GenApp could implement in order to achieve this goal. With EDS, the team was able to integrate the Bootstrap 4 CSS framework with style and layout considerations in mind. When reflecting on the engagement with EDS consultant Marcus Christie, GenApp PI Emre Brookes, professor of research in chemistry and biochemistry at the University of Montana, said, “Marcus transferred his knowledge to us so we now know how to add things ourselves. If I want to add another theme, it’s not a big deal at this point, thanks to what he taught us. I gained a much greater appreciation and understanding of Bootstrap and its functionality. We got what we needed from the SGCI consultations and now we can fly on our own.”

The GenApp team also hosted three funded SGCI summer interns who worked on the gateway. One of the interns was featured in a recent article published by Science Node, From biochemistry to bioinformatics: A doctoral career transformed by an internship.

Overall, Brookes says that the engagements with SGCI provided GenApp with the knowledge and resources needed to make the improvements to the gateway, saying, “I recommend anybody that has gateway questions to contact SGCI to help them move forward with their project. The experience was very professional and very useful. You get a chance to set up a work plan and to set up all the goals before diving in and doing the work.”

What’s next for GenApp? Thanks to some recent awards, they plan to pull together all the recommendations they’ve received from SGCI to redo the gateway’s layout. The team is simultaneously working on advancing new tools that they’d like to bring to their user community along with the new layout. 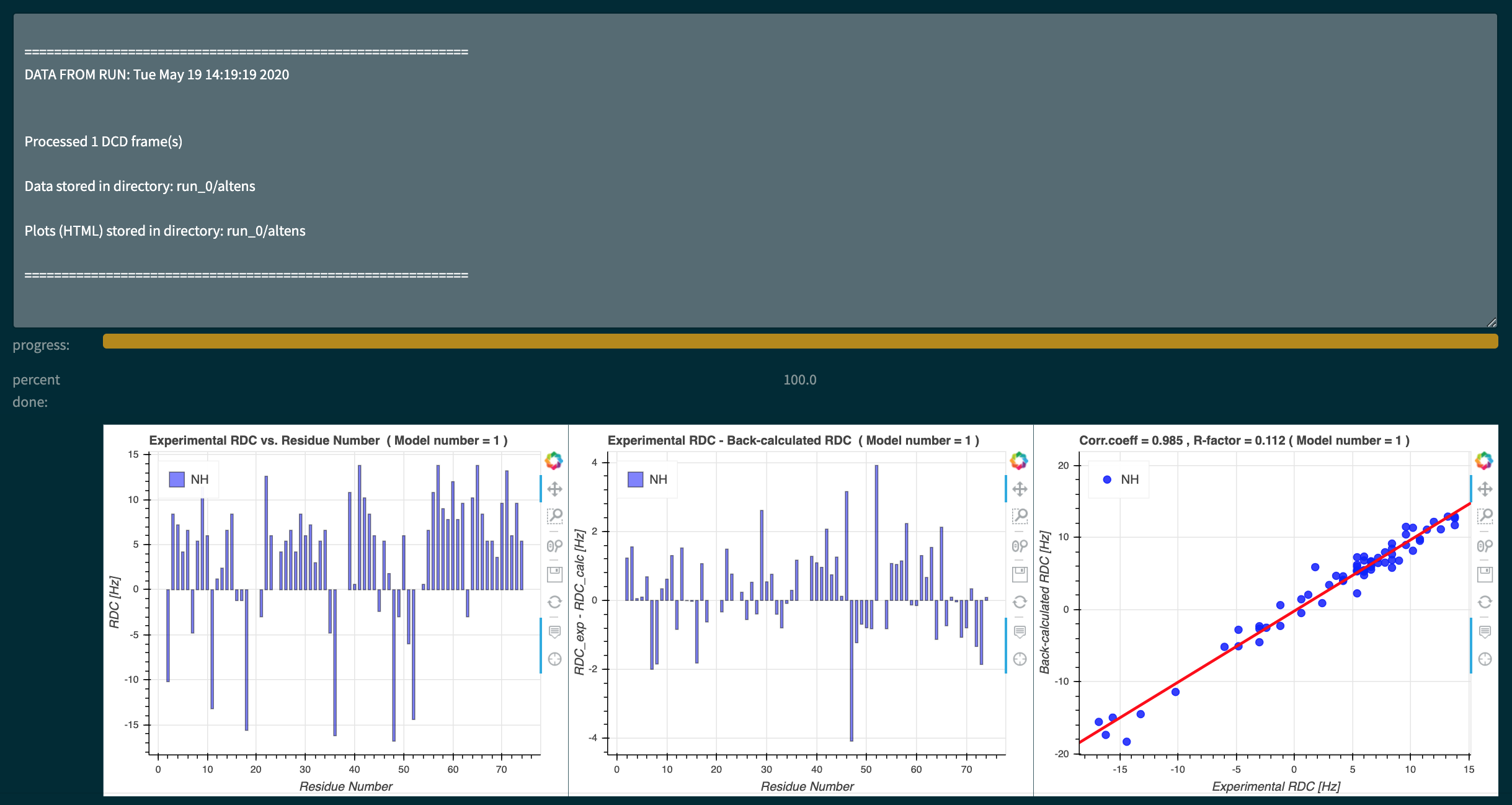 A screen shot of output from a GenApp generated gateway wrapping tools in the Nuclear Magnetic Resonance spectroscopy science domain. The Bootswatch Solar theme for Bootstrap was used for this example of the updated user interface resulting from the SGCI engagement.